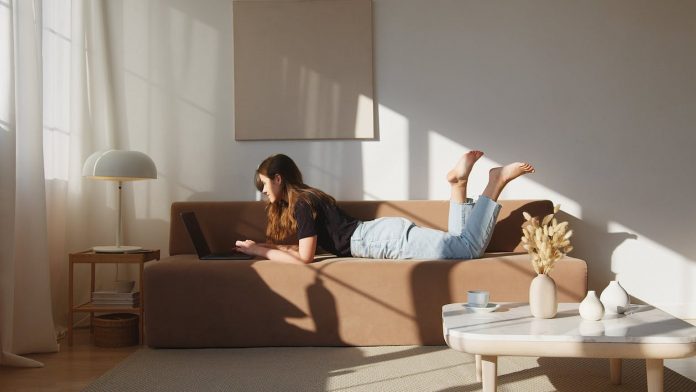 Adventure Quest is a fully animated single-player free online game offered by Artix Entertainment, LLC. This is a game that is played only online and cannot be downloaded or purchased to play offline.

When playing for free, players can go on many interesting quests while exploring Adventure Quest’s “World of Lore.” At the beginning of the game, one chooses an avatar (or online alter-ego) to represent them and designs his or her appearance. One can choose hair color and style, clothing, armor and type of individual (such as a mage magician, a fighter, or a rogue). Each choice of comes with various skills, wealth, and special features. It is fun to make these choices and they should be strongly considered as they affect one’s play in the game (plus one is pretty much stuck with what one’s avatar looks like for some time).

There are many things to do as one goes through the game and completes quests. Although the Adventure Quest role-playing game involves a lot of battling with weapons, potions, and powerful battle-ready odd pets, parents will appreciate the lack of blood in this online adventure. When an enemy character is attacked, they retreat briefly backward until after multiple attacks the foe is defeated and disappears, falls to the ground, or transforms into something less harmful.

Adventure Quest is also a single-player game, which rules out the worry of a younger player interacting with strangers, such as in another online game featured in the Suite 101 article: A Review of RuneScape Online RPG. It is also nice for those who prefer not to be constantly bumping into other real-life players of who-knows-what background or age.

Adventure Quest has been online for over 3 years and is a great game to play at no cost. However, one issue with playing for free that can be frustrating is that there are a limited number of free play slots. When those slots are full, free players cannot play. For a 1-time fee, one can upgrade to Guardian, which solves this problem and lets one play anytime.

Becoming a Guardian on Adventure Quest

Players in this game may upgrade to Guardian or Guardian X by paying a one-time fee of $19.95 to $24.95 (U.S. – There is a currency converter link on the site and payment information for those in other countries).

Upgrading adds bonus features and play options. As a Guardian (or a Guardian X) a player can enter more areas of the game and go on more challenging quests. Being a Guardian also allows access to many new items to use in the game. AdventureQuest currently has over 500 monsters and adds new ‘pets,’ armors, shields and weapons weekly. After trying the Guardian option, this reviewer believes the upgrade to be worth the fee charged. It does add a lot of excitement and even more depth to the online game. For more information, the game and about becoming a Guardian read Adventure Quest Online RPG Guardianship.

For info on more Artix games and other online RPGs, see the website Free Internet Gaming – Online Games. For an assortment of fun and free online games, check out Zertiflyable Games.

Adventure Quest online RPG (role-playing game) appears to this reviewer to be a clever, exciting, and safe game for those over about 13 years old, all the way up to adult. There is a lot of humor in this game, a bit of education for kids (through reading, strategy-forming, and optional funny and informational quizzes), and certainly just plain fun. The graphics and animation are of excellent quality. Online gamers will enjoy donning a new persona and heading out on exciting expeditions on Adventure Quest.

When playing for free, one can go on many interesting quests in the World of Lore. To start, one chooses an avatar to represent them (such as a mage, a fighter, or a rogue) and designs his or her appearance. Each choice comes with various skills, wealth, and special features.

Although the AdventureQuest role-playing game involves battling with lots of pretty intense (and cool) weapons, potions, and battle-ready pets, parents will appreciate the lack of blood in this online adventure. When an enemy character is attacked, they bounce backward and with multiple attacks, one defeats his or her foe and they disappear, fall to the ground, or transform into a weak (and often adorable) harmless creature. The monsters do, however, get more intense as one gets into higher levels.

AdventureQuest is also a single-player game, which rules out the worry of a younger player interacting with strangers, such as in another online game featured in the Suite 101 article: A Review of RuneScape Online RPG. Still, there can be interaction with others on player forums, so parents of younger kids might like to monitor the discussions there. This is a cool feature for fans of the game to interact.

One slightly macabre and strangely humorous thing all players can do is “Adopt a Widdle (little) Killing Machine”, such as an undead puppy. Per the Adventure Quest game, “If you find the idea of having an undead puppy as a pet rather disgusting, don’t buy it [with game currency]. Even he IS undead, he still enjoys gnawing on (his own) bones.” One can adopt other “interesting” pets and creatures that help one destroy enemies, like orcs, dragons of many sorts, werewolves, explosive turtles, and other imaginary beings.

One issue with playing for free that can be frustrating is that there are a limited number of free slots. When those slots are full, free players must wait to play.

Becoming a Guardian or Guardian X on Adventure Quest – Is it Worth the Fee?

For a one-time fee, one can upgrade their character to a Guardian, which solves the above problem and adds bonus features. As a Guardian or a Guardian X, a player can obtain admission to more areas of the game and go on more quests. Guardian status also gives one access to many unique and powerful items to use in the game. According to the website, “AdventureQuest now has 500+ monsters, monthly events, and the weekly addition of new pets, armors, shields, faces, and weapons.”

The Guardian X mode (trial courtesy of Artix Entertainment) was exhaustively explored by one 13-year-old boy. Before this, he had been playing in free mode for approximately a month. When interviewed in person (June 20, 2008) after this trial, he was asked if becoming a Guardian would be worth the fee. His answer: “Through extensive battling and advanced “wack-ology” [his own word for the art of “whacking” his opponent], I have determined it is indeed worth the currency required to take part in the extended version of this incredible game. In other words – AdventureQuest totally rocks! You can kick some major evil backside.”

Perhaps that says it all. If a parent does not mind a little bloodless bad-guy backside-kicking, AdventureQuest online RPG (role-playing game) appears to this reviewer to be a clever, exciting, and safe game for those over about 13 years old. There is humor, a bit of education (through reading, strategy-forming, and optional funny and informational quizzes), and adventurous excitement in this game. AdventureQuest will certainly thrill any adventure-seeking online gaming fan.

Pros and Cons of Outsourcing your Customer Support