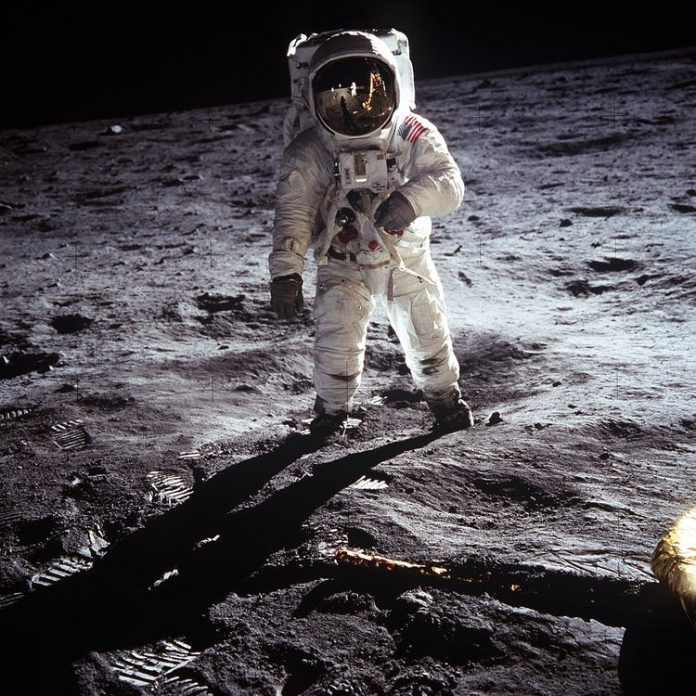 Some day, maybe the truth may come out. After all, it is out there–somewhere. But it is unlikely to happen any time soon.

Motive For The Hoax

Many say that although the US brought many German rocket scientists to Huntsville, Alabama and the White Sands Proving Ground in New Mexico from Penemunde, Germany at the conclusion of WWII, NASA still was not prepared to back up John F. Kennedy’s promise to land a man on the moon before 1970. The US simply didn’t have the technology to pull off sending a human to the moon and returning him to Earth alive. It was a matter of national pride to make something work in 1969.

Our Russian adversaries where having their own space problems even though they had rounded up their own share of German scientists after the War. Many of their dogs, monkeys and cosmonauts died in the training and experimentation process.

The Cold War was on and it was in the national interest of the United States to come out on top.

The prevailing argument proposes that NASA set up a sound stage and filmed the Apollo 11 landing at a remote spot out in the Nevada desert. Landing skeptics propose Area 51 as the most likely site. It is a remote detachment of Edwards Air Force Base located in the southern portion of Nevada on the southern shore of Groom Lake.

Supposedly the main purpose of the installation is to support the development and testing of experimental aircraft and weapons systems. Some skeptics go on to say that beyond the interest of the military in protecting experimental projects, they want to keep the site hidden from civilian prying eyes.

Hollywood entered the debate in 1977 with a sci-fi thriller movie about a Mars Mission landing hoax. For various reasons, NASA can’t get its equipment to work on limited funding. So just this one time, the authorities decide to fake it.

The plot is about the first manned Mars mission. Just before the countdown to launch, NASA calls it off but doesn’t tell anyone. They fly the crew to an abandoned US Army Air Force base and tell the astronauts that it is their patriotic duty to go along with the farce for the sake of national security. When they refuse, the authorities level the final threat: their families will be killed unless they cooperate. From this point on, the movie makes its own argument about how such a hoax might be successfully pulled off.

Many of the astronauts who flew on the lunar missions insist that they were under constant observation by alien spacecraft and UFOs during their flights, but that NASA seeks to squelch their comments. During the flights, Mission Control censored their communications except in one instance when NASA Astronaut, Walter Schirra, in Mercury 8, referred to a UFO– “Please be informed that there is a Santa Claus.” In addition, other astronauts involved in the Mercury, Gemini, and Apollo missions made similar observations and comments which also drew rebukes from NASA.

This might beg yet another debatable question: If the lunar astronauts never made the flights, why would they come up with such a tale, and why would the others back it up with their own UFO sighting experiences?

Using a Teen Having sex Cam Safely and Effectively

What type of driver are you