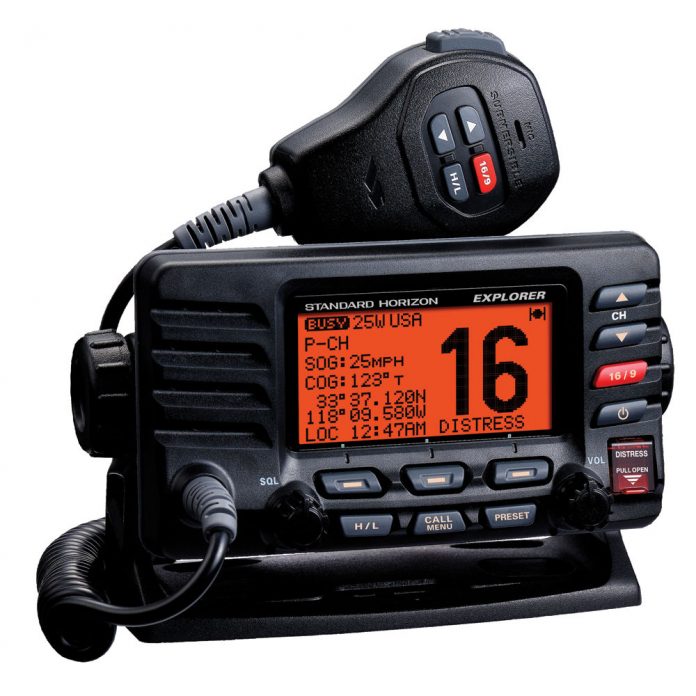 Boaters who get into trouble out on the water rely on their VHF radios to bring help from the U.S. Coast Guard or other mariners. Digital selective calling (DSC) makes sending a distress signal easier and more foolproof.

DSC-equipped VHF radios can send an automated distress signal over VHF radio frequencies with one push of a button, allowing even an inexperienced user to signal for help. Once this button is pushed, the radio will continue to send the distress signal, complete with the vessel’s unique nine-digit identifier, even if the captain and crew are disabled.

Digital selective calling-equipped radios also can hail a specific vessel privately , provided it’s also equipped with a marine DCS VHF radio. According to industry group BoatUS, this means boats don’t have to monitor high-traffic channels to listen for hails; instead, the radio will signal a call with a ring and then switch automatically to the calling channel.

Since 1999, all fixed-mount VHF radios sold in the U.S. have been required to include at least minimal digital selective calling (DSC) capabilities.

Inexpensive marine VHF radios designed to be mounted permanently might feature only distress calling features. For example, Standard Horizon’s Eclipse DSC fixed-mount marine VHF will call for distress, send the vessel’s position, and request the position of another vessel.

Meanwhile, full-featured marine VHF radios designed for a fixed mount can make individual calls to other vessels and shore-based VHF DSC stations, can make an all-ships call, and can collect and relay distress and routine navigational data.

For example, the Icom M604, which won top honors in both 2007 and 2008 from the National Marine Electronics Association, continually monitors Channel 70 (the DSC calling channel), can exchange position data with other vessels, and can transfer that position data to external GPS or other navigation equipment. Another function will check to determine whether a specific ship is within communications range.

To take advantage of digital selective calling functions — even just distress functions — boaters purchasing new VHF radios will need to apply for a Maritime Mobile Service Identity (MMSI) number. This unique nine-digit number is used by DSC, AIS and other communications equipment to uniquely identify a vessel or a coastal VHF station.

A marine DSC VHF radio will not work with digital selective calling until it has been programmed with an MMSI number.

Meanwhile, recreational boaters who stay in U.S. waters can obtain an MMSI for free through approved organizations such as BoatUS or the U.S. Power Squadron.

AIS, which was developed as a collision avoidance system but also functions as a ship finder, allows boats and shore-based stations to track large vessels as they move.

Passenger ships such as cruise liners, tankers and container ships that can carry more than 300 gross tons must carry AIS equipment, called a transponder, capable of broadcasting their position. The AIS system also broadcasts the ship’s name, size, speed, course, and destination.

Ship tracking based on the AIS system has been in use for about a decade on large vessels, and smaller sailboats and powerboats have begun to adopt the marine technology.

It can be very useful technology to have onboard. For example, recreational boaters who operate boats in areas where there’s heavy commercial shipping traffic often identify potentially dangerous collision situations, but then find they can’t raise the ship in question on the VHF radio in order to ask its intentions.

AIS changes that by providing the bigger boat’s position, speed and course to the smaller pleasure boat. This data, fed into a chartplotter or displayed on a stand-alone unit, can provide enough information for the pleasure boater to determine how close the larger vessel will come.

Since the AIS vessel tracking information includes the larger ship’s name, the smaller boat’s crew can hail the larger ship via VHF radio. Recreational boaters report that ships are much more likely to respond to VHF hails when they call the ship by name.

Decide Between AIS Class B Transponder, Receiver Only

Recreational boaters have a choice when considering an AIS unit: they can purchase an AIS Class B transponder unit capable of transmitting their vessel tracking details to ships in their vicinity, or they can buy a receiver AIS unit, which tracks other ships but doesn’t transmit its own signal. Class A transponder units meet international regulations for large ships and cost upwards of $4,000.

Class B transponder kits capable of both sending and receiving AIS signals, such as this AIS Class B transponder from Furuno, cost significantly more than receiver units; depending on brand name and features, transponders sell for between $800 and $1,500 at marine electronics discounters, while stand-alone receiver units with their own display can be purchased for around $500 to $600. “Black box” receiver modules designed to be integrated into an existing chartplotter or radar display, such as this AIS receiver module from Raymarine will cost between $500 and $800, again, depending on features and brand name.

Many well-established marine electronics brands, including Garmin, Raymarine, and Furuno, now offer AIS either as a stand-alone unit or as part of a chartplotter or radar package. Either way, installation is fairly straightforward.

Since most boats already carry a VHF radio, It’s possible to install a splitter that will allow the new AIS unit to share that antenna; Garmin and ICOM offer models with the VHF antenna splitter already built in, which greatly simplifies installation.

Some units come equipped with their own internal GPS, while others will need to have a GPS connected by wire in order to receive the GPS position data via standard NMEA 0183 or NMEA 2000 electronics interface. This is perhaps the trickiest part of installation, since NMEA interfaces can be confusing. When in doubt, consult tech support or even a qualified marine electronics technician. Units designed as components of a larger chartplotter system may be easier for the owner to install.

Likewise, installers should follow manufacturer’s instructions on fuse or breaker size when wiring the new AIS unit into the 12-volt system.

AIS Vessel Tracking: Use With Caution

AIS is a very effective tool that enables smaller boats to determine quickly whether a large vessel poses a collision risk, and to contact that vessel via VHF if a risk exists. But experts caution that smaller boats equipped with an AIS Class B transponder should not assume the transponder relieves them of the responsibility of keeping a proper watch. It also doesn’t eliminate the requirement to take action, if necessary, to avoid the larger ship.

Even if the commercial ship sees a smaller vessel, the larger ship may not be able to maneuver to avoid it. And even if a recreational boater clearly has the right of way, and is transmitting course and position via an AIS transponder, that boater shouldn’t assume the commercial ship will respect that right of way. Boaters running sailboats and powerboats always should give commercial traffic a wide berth, regardless of whether they have AIS capabilities. 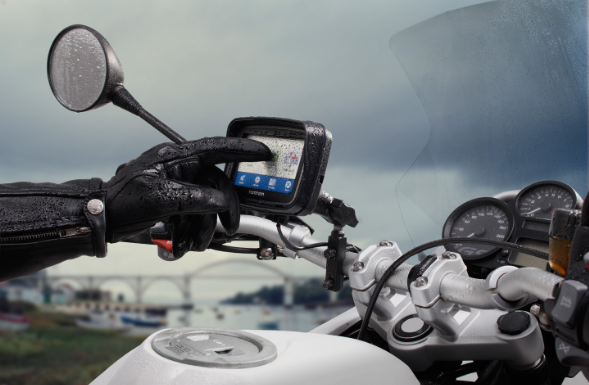