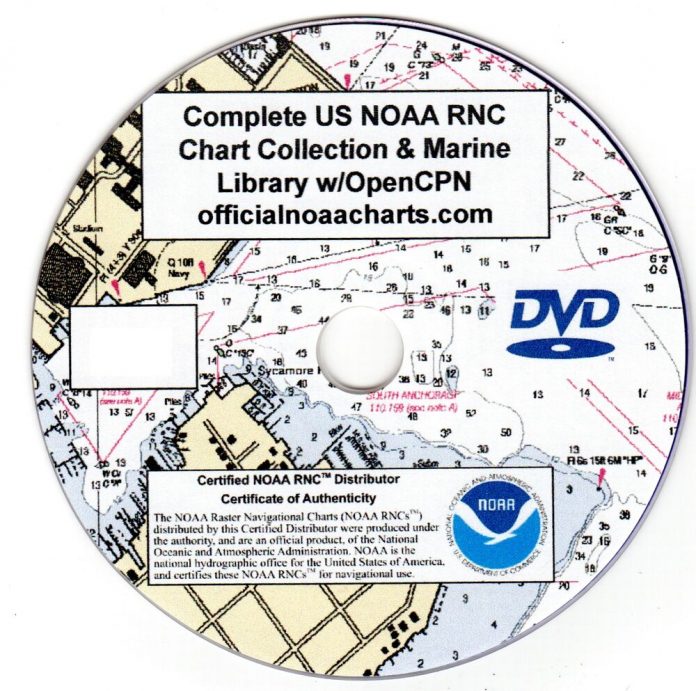 But boaters who already own a laptop or netbook computer that they use on the boat have another choice: They can download SeaClear II, a free GPS-based navigation package designed specifically for boats, along with the necessary free NOAA charts in electronic format.

The software plus the charts provide basic navigation functions that likely will prove sufficient for most weekend boaters, especially if the package is combined with a basic, inexpensive GPS and/or paper charts. A long-distance cruiser, meanwhile, might consider purchasing one of the rugged PC for boats with a daylight-viewable screen, which then can be used with the software and charts in the cockpit while underway.

SeaClear’s developer started work on the software in 1995, when he bought a boat and couldn’t find any navigation software he liked.

With a GPS connected to the computer via a USB port, SeaClear displays the vessel’s current position, speed, and heading (compass direction) on the correct marine navigational chart. The software automatically repositions the chart so that the boat appears centered, and also loads new charts as needed.

It’s also possible to display data from the boat’s instruments, such as depth and wind speed and direction. Doing this requires wiring the data outputs from these instruments to a serial port or USB port connector for the computer, which is possible for a do-it-yourselfer but can be complicated and frustrating for those unfamiliar with both computers and marine electronics.

Once the software is up and running, boaters need to load the charts they plan to use. The software uses NOAA raster charts, which are digital pictures of regular NOAA charts with geo-coordinates added so that the computer will recognize where the boat is located on the chart based on the position feed from the connected GPS. It’s also possible to scan charts and then calibrate them to work with the SeaClear program.

The SeaClear software will not recognize vector charts such as the NOAA Electronic Navigation Charts (ENCs), nor will it recognize encrypted chart formats, such as those that use the common BSB/KAP standard.

SeaClear II allows the user to create an unlimited number of routes and waypoints, and will save tracks so that they can be plotted later and used to create a new route. While underway, the software offers calculations of time to destination, bearing, and direction to steer.

In addition, the software will plot targets from AIS ship tracking devices on the chart display, provided the computer is connected to an AIS (Automated Identification System) receiver or transponder.

Because SeaClear II uses NOAA raster charts, it has several inherent disadvantages when compared with other navigational software.

NOAA raster charts are actual digital pictures of NOAA print charts, and therefore do not include the extra tide and current data encoded into NOAA’s ENCs. In addition, the print on the charts does not change size when the user zooms in and zooms out, which makes depths, light characteristics and other information illegible at some levels of zoom.

However, the NOAA raster charts will look familiar to anyone who has used NOAA print charts, which makes them easier to work with on screen and can help to make up for some of the disadvantages of electronic navigation using these charts.

SeaClear II is not the only free marine navigation program available for use with free NOAA charts; NOAA lists a variety of free and demonstration viewers and software packages for both ENCs and raster charts. However, SeaClear is one of the best-known packages available, and it’s possible to have questions answered and get support from longtime SeaClear users on a variety of online boater groups. 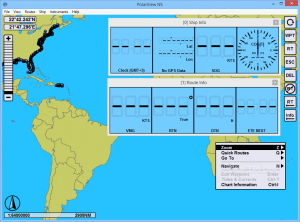 One option is Polar Navy, which bucks the expensive software trend with a free download chart viewer that includes tide and current weather information. If you want to add live GPS navigation software capabilities along with the ability to plot feeds from your AIS ship tracking receiver, the package costs just $39.99.

With this software, Sarasota, Fl.-based Polar Navy competes with other free marine navigation software packages, such as SeaClear II, a free PC-based navigation package, and the free chart viewers offered by the National Oceanic and Atmospheric Administration (NOAA) for use with their free digital NOAA charts.

Polar Navy’s Polar View NS aims to be a user-friendly navigation system that boaters can use for route plotting, weather forecasting, tide and current predictions and overall passage planning. Polar View NS can use either raster or vector NOAA charts.

AIS can give you the location, course, speed and name of large commercial ships, most of which are required to carry transponders to broadcast that information.

To take advantage of the GPS and AIS functionality included in the paid version of Polar Navy’s Polar View NS, boaters will need to connect their AIS and GPS devices to the computer running the Polar Navy software.

The AIS system uses VHF bandwidths to broadcast information, and it’s possible to buy a single-channel “black box” receiver to connect to a computer for less than $200. Receivers that will monitor two channels and provide substantially more information about commercial traffic cost around $430.

Meanwhile, GPS receivers with a USB computer connection cost much less than $100.

Together, these provide worldwide surface wind, pressure, air temperature and precipitation rate, and worldwide ocean wave height. The weather models also provide up to eight days of forecasts for different locations, updated up to four times each day. 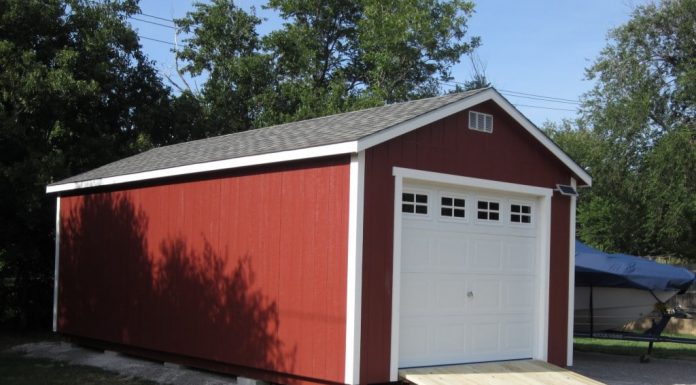