Nintendo Wii and other interactive video games can provide seniors with a fun and convenient way to exercise at home, in long-term care facilities, at the gym, and other areas. This exercise trend encourages people to participate in sports and exercises that they might never try in real life or may not have enjoyed for years.

With a special remote and interactive graphics displayed on a television screen, some older adults have found a new way to become more physically fit, increase range of motion, improve balance, or perhaps become more socially active. Offering various options such as golf, bowling, baseball, boxing, yoga, and many other forms of exercise, interactive videos provide cross training and an interesting variety of exercise options. Without the need for conditions such as large playing areas, daylight, or good weather, interactive video games can make sports more accessible to a larger number of seniors.

Unfortunately, some seniors have health conditions that might make this type of exercise unsafe for them while others may experience injuries while playing. As with any exercise program, it is important for a senior to consult her physician regarding individualized recommendations before starting a new program or changing an existing one.

Seniors who take a group exercise class can expect a warm-up at the beginning of a routine. They may stretch or walk before participating in a sport, but hand a remote to that same person and turn on a television, and he may find himself moving quicker than he has in years in a matter of minutes. Those who are competitive in particular may push themselves farther than they should only to feel the remorseful twinge of pain later.

Avoid falls by wearing proper footwear and recommended safety equipment, using any necessary assistive devices like a cane or walker, avoiding the use of drugs or alcohol, and ensuring that the playing area is free of hazards. Seniors should also pace themselves and listen to body cues as they play. It is helpful to try slower moves first to see how the body will react before moving into faster play.

Seniors with epilepsy or a history of seizures should check with a healthcare professional before playing the Wii because video games can induce seizures in some people.

Those that find that they like interactive games may wish to play them over and over. Seniors who notice tingling, stiffness, soreness, or stiffness during or after playing a Wii game should stop and rest for several hours. People who play interactive games, especially those that play them excessively, may experience repetitive motion injuries like carpal tunnel syndrome, tendonitis, or eyestrain.

It might be tempting to play the game non-stop, but taking a ten to 15-minute break every hour or if discomfort is felt is recommended. Resting can also help if the player feels dizzy or nauseated. If symptoms persist, check with a healthcare professional for further advice.

Senior With a Pacemaker May Experience Interference From Wii

Older adults who have an implanted pacemaker, defibrillator, or other implanted medical device should consult a physician or the device’s manufacturer before playing an interactive video game. Radio waves from the game’s console and remote have the potential to affect the performance of the implanted device. The Nintendo Wii web site recommends that the Wii console and remote should not be operated within nine inches of a pacemaker.

Seniors Can Strive to Play the Wii Problem-free

Although interactive video games have opened a whole new realm of physical fitness combined with technology and entertainment, problems such as tendonitis, a broken hip or arm injury, or an affected pacemaker could be a major concern for a senior. Older adults can minimize the risk of injuries related to the Wii and other interactive computerized games by following physician and game manufacturer recommendations, using special equipment as needed, listening to one’s body, and avoiding excessive play. 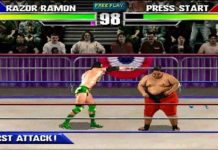 Android apps you haven’t hear about till now lets know about...