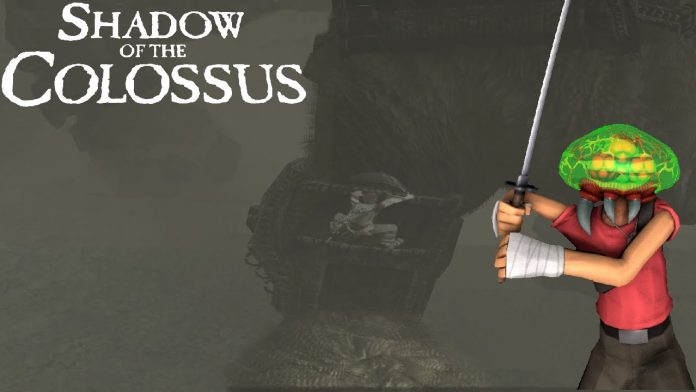 In the many debates over the artistic merit of videogames, Team ICO’s Shadow of the Colossus is almost universally the title held up to defend videogaming as an artistic medium. It has been praised as a pinnacle of storytelling and frequently makes the “Best Games” lists of many gaming review sites.

With such high acclaim, one might expect the game to be an epic story with beautiful dialogue and interesting characters but Shadow is much the opposite, and yet still succeeds in being one of the most emotionally devastating videogames in recent history.

Shadow of the Colossus focuses on Wander, a young man who travels to a forbidden valley in the hope of reviving his deceased lover. He makes a deal with an imprisoned god, Dormin, to revive her in exchange for killing the sixteen colossi that serve as the seal to his imprisonment. Wander agrees and the whole game is spent searching for and defeating the sixteen colossi.

If the summary above appears somewhat brief, that is because Shadow of the Colossus has quite possibly the most minimalist story in recent gaming history. Shadow’s story is told almost exclusively in two fifteen minute long cutscenes, one at the beginning of the game and one at the end (which I will not spoil for you here).

What little dialogue that is present in Shadow can be found entirely within those two cutscenes, and the rest of the game, approximately 95% of an eight-to-ten hour long game, is dialogue-free. The basic plot allows the game to advance quickly without Wander needing deep characterization, but it also prepares a disturbing twist later on.

Although the story and dialogue can be described as barebones at best, the gameplay certainly is not. After playing Shadow of the Colossus, you will never forget the excitement felt during the fights with the sixteen colossi. Team ICO put a tremendous amount of work into the colossi, taking great pains to ensure that each colossus is unique and is fought differently each time.

The key to defeating each colossus is a glowing symbol located somewhere on their body that the player must reach and stab with his sword, while the colossus is doing everything it can to shake you off. Most of the colossi are either heavily armored or the size of an apartment building, and finding out how to reach the symbol turns the battle into a puzzle the player must solve, whether it be through attacking the colossus’s heel to make it fall or using a geyser to flip it over.

The thirteenth colossus in particular is often remembered as a pinnacle of the game, as it involves shooting down an enormous flying dragon and leaping onto it from your horse before it ascends hundreds of feet in the air, a thrilling challenge unmatched in gaming today.

But despite the rushes of excitement, it is immediately after you bring down the first colossus that you begin to understand that Shadow of the Colossus is not a happy game. As the colossus slowly collapses to the ground, the music that plays over it is so terribly downbeat, it turns what should be a victorious moment into a depressingly bitter one. The fall of the colossus is immediately followed by Wander being attacked by dark tendrils and collapsing on the ground.

He returns to the temple the game began in and you quickly learn that every single battle will conclude the exact same way: the colossus falls to the same depressing music; Wander is attacked by the darkness and collapses, and wakes up back in the same temple only to be instructed by Dormin to go out and repeat the process with the next colossus.

The repetition lends the game a depressing sense of inevitability, and the gloomy music makes defeating each colossus feel more akin to committing murder, compounded by the fact that many of the colossi are initially non-violent and only defend themselves after the player attacks them. Through the combination of these dark sentiments, Shadow of the Colossus does what very few videogames have ever done: punish a player for completing an objective.

Objective-based gameplay has been around since Mario first saved the Princess but Shadow was the first game to treat the death of the enemy as a tragedy rather than a victory, and it completely changed how players viewed the protagonist. By the time you approach the sixteenth colossus, Wander has undergone a critical change. The dark tendrils that attacked him after each battle have corrupted him, dirtying his skin and deadening his eyes. He no longer looks like the sympathetic hero who would do anything for love but a walking corpse, killing colossi merely because he is told to. Wander is the villain.

Press X to Murder the Innocent

And it’s here where the game becomes truly dark. Wander, a character devoid of personality and whose name goes unmentioned during the game itself, was never intended to be an independent individual but rather a stand-in for the player. Additionally, the barebones plot never allowed players to establish an emotional connection with Wander nor a deeper reason for slaying the colossi then “because I have to”.

If Wander is the villain of the story, it is only because of your actions, and every time an innocent colossus slowly falls into oblivion, it is ultimately you who is responsible. You are the true villain of Shadow of the Colossus and when you return to Dormin’s temple after killing the last colossus, you are ‘rewarded’ with the truly haunting ending that a villain deserves.

It’s a rare feat that a game can simultaneously exhilarate and emotionally batter the player while also forcing them to question their own actions. Shadow of the Colossus succeeds brilliantly in all three and is certainly more than deserving of the praise and accolades it has earned. 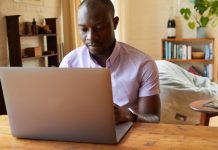 What to anticipate in an Malware Review