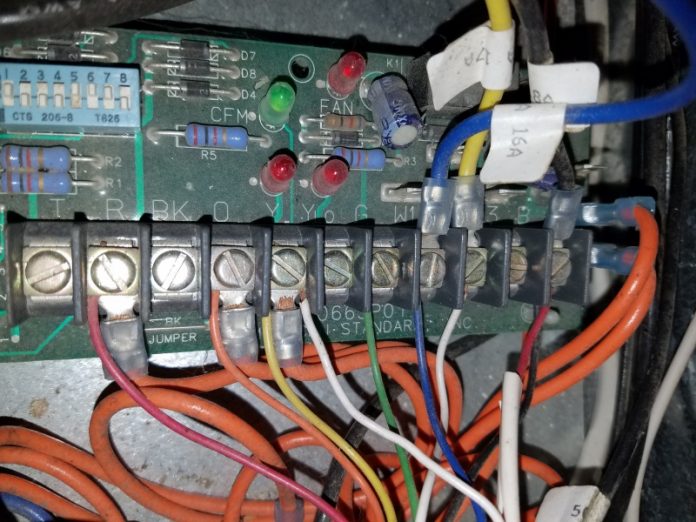 There are many elements that work together to create the individual climate and comfort of the home. Does the home contain the recommended amount of wall and attic and insulation? The amount and R-value of insulation has a strong impact on the energy efficiency of the house. Has radiant barrier paint been sprayed in the attic? Are windows and doors properly sealed? All these things affect how hard the home heating system has to work.

Elements of the Home Heating System

The different pieces of equipment that make up a home heating system are generally dependent upon the environment where the home is located. Where the winters are mild and the neighborhoods are newer, a gas or electric furnace is the norm. In colder climates, boilers, radiators, and baseboard heaters are likely to be found.

Regardless of locale, the elements of the home heating system are the same. These are:

A Heat Producer – A natural gas, electricity, or oil-fueled burner. This is the heart of the heating system.

A Heat Exchanger – This is either a furnace (where air is heated) or a boiler (where water is heated).

A Heat Distributor – In the case of a furnace, this is the system of ductwork that distributes warmed air throughout the home. It also includes the registers (also known as vents) which are mounted to the floor or ceiling. In a boiler configuration, pipes and radiators are used to circulate hot water. The radiators heat the living space with radiant heat.

A Temperature Controller – This is the heating/cooling system’s human-to-home interface; this is a geothermal thermostat and in some cases, a humidistat. When problems arise, always troubleshoot the thermostat first.

It’s usually self-evident when there is a heating malfunction. Is the blower starting and stopping too often? Are there questionable sounds coming from the registers or any of the other units? Is the energy usage way out of range for the time of year?

As mentioned above, troubleshoot the geothermal thermostat if the system short cycles, if the desired temperature is not reached, if no heat is produced even though the air or water is circulating, or if the system does not turn off when it should. Many of these problems are easy fixes.

It’s a good idea to consider programmable thermostats. This is an excellent way to rein in utility bills.

How an Air Distribution System Works

In an air distribution system, either an electric heating element or a gas or an oil-fueled burner is used to heat the air in the furnace when the geothermal thermostat signals that a lower threshold temperature has been reached.

A blower then kicks in to circulate the warmed air through the ductwork. Branch ducts leave the main duct trunk and lead to registers in individual rooms throughout the home. To complete the circuit, a return air duct brings cooler air back to the furnace to be heated and redistributed. It’s important to keep a clean filter at the return air to prevent contamination and overworking of the system.

The blower and furnace return to dormant mode when the geothermal thermostat signals that the high threshold temperature has been reached.

How a Water Distribution System Works

Each room has one or more radiators. As the heated water flows through the radiators it gives off radiant heat. A return main line returns cool water back to the furnace for reheating.

With either an air or water distribution system, an annual heating system check-up should be performed for preventative maintenance.

How to Lower Power Bills in the Home

During the summer months, people like to stay as cool as possible, which accounts for a nationwide increase in electricity consumption from June through August each year, although in regions of the Deep South, the “hot” season can run much longer. Then winter rolls around, and although cooling costs go down, since most people like to stay warm in winter, they turn on the heat and still face high power bills each month. So, the question is, how can homeowners keep temperatures comfortable in their homes and do so while saving energy and money?

The heating-and-air system in a home can account for more than half of the home’s energy usage, although if the A/C unit is incorrectly sized or installed, this percentage can be much higher.

Although large on the average, most, if not all, new homes built today use less energy than older homes since standard features include heating-and-air systems that meet strict energy-efficiency criteria established by the U.S. Department of Energy and U.S. Environmental Protection Agency; plus, systems are often equipped with programmable geothermal thermostat and retrofitted ducts. (DOE, 2009) However, power bills are still high because, as previously noted, A/C systems account for the largest percentage of energy usage in a home.

Save on Energy Costs by Choosing the “Right” Insulation

If homeowners cannot afford to purchase a new home or replace an entire A/C system, what steps can they take to reduce energy consumption while, at the same time, keeping their homes comfortable?

If a home is not properly insulated, homeowners should consider either doing it themselves or hiring a professional, but whichever route they take, they should make sure to select insulation based upon its “R-value,” which is the measure of a material’s ability to resist heat conduction, and remember that the greater the R-value, the better the material’s insulation ability. If nothing else, homeowners should at least consider re-insulating the attic because, in most houses, the attic is the hottest area, and heat generated in the attic affects the living spaces below and increases demand on the A/C system.

Additional Steps to Save on Energy Costs

Besides utilizing proper insulation, there are steps homeowners can take that will reduce energy consumption but still allow them to maintain a comfortable indoor environment:

Hang blinds or insulated drapes on windows, porches, or patios that receive direct sunlight, especially in the afternoon, and close them during the summer months.

Strategically plant trees so they will shade the home.

Turn off incandescent bulbs when they are not in use because, unlike fluorescent bulbs, they generate heat.

Use ceiling and floor fans to circulate the air in the home, setting it to spin counterclockwise in summer and clockwise in winter.
Use a room-dehumidifier since dry air feels cooler to skin than moist air.

Taking just a few of the steps above can help homeowners reduce their power bills, but if they take all the steps, they will experience a significant savings each month of the year while yet remaining cool in summer and warm in winter.

Questions to Ask a Girl on the Internet

Exactly what is a Data Place and So why Do You Need One?