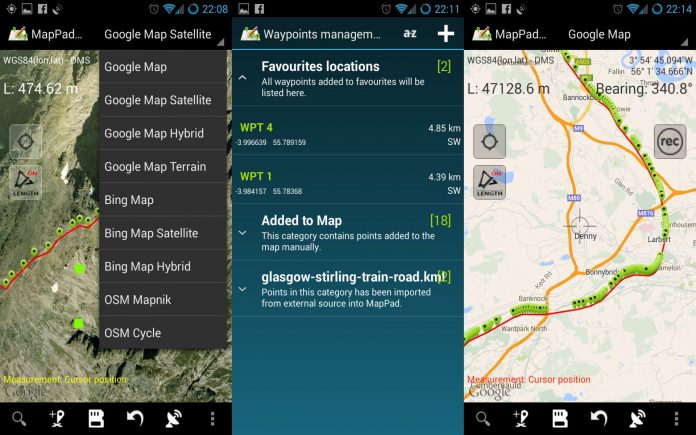 It seems as if it was a whole other lifetime when travelers would use Thomas’ Guides or paper maps to navigate their way through unknown territories while exploring on a road trip. Not only are those maps difficult to carry around and read while driving, but they are also extremely difficult to comprehend in a technologically headed world. Americans are so used to picking up their cell phones and/or reading a computer-based map that they often times forget how to use original maps. As the technology and electronic world changes exponentially each season, many people are relying on the Global Positioning System, or GPS, to navigate through their own neighborhoods, big cities and expansive road trips.

GPS was originally designated to help soldiers and military vehicles, ships and planes to determine their locations around the world. Today, GPS is used in commercial, personal and scientific worlds as a navigational tool for outdoor recreation, airplanes, boats and cars among others. Earth science is another industry that is greatly affected by GPS as it used in weather forecasting and climate studies.

GPS maps are extremely helpful when traveling on road trips because there are many manufacturers who have created compact devices that fit perfectly in the car. GPS satellites circle the earth twice a day and transmit the signal information back to earth to provide the exact user’s location at any time. The locations are extremely accurate, as long as the user is within an area with clear satellite reception. There are many GPS map manufacturers in the current market, so it is vital to find a program that works best for the vehicle. These types of maps are easy to use and have large enough displays so the driver never has to become distracted while navigating through distractions.

GPS maps are also certainly helpful while on a road trip because some systems will show drivers of special landmarks, such as large bodies of water, downtown areas and amusement parks for the whole family to enjoy. This feature is extremely helpful when driving in an unfamiliar territory, or when the vehicle is close to the destination but the driver is unsure of where to turn next. These systems provide an aerial overview of where the car is driving so that the driver can get a head start of sorts on the direction to take next.

GPS maps are also available on many upgraded cell phones and users can also easily navigate through unfamiliar streets with the touch of a button. Google has been incredibly helpful when it comes to providing the data for mapping out the world and many users rely on this internet company to help them navigate through their local neighborhoods and beyond the country with programs like Google Maps and Google Earth. Users can type in any address or any destination in the world and the search engine can provide in depth directions and even street level images of the area making these maps helpful to any average person.

GPS (Global Positioning Satellite) cyclometers (bicycle computers or cyclocomputers) are similar to standard GPS units, but there are some differences and optimizations for cyclists.

Instead of using a magnetic sensor on the bicycle wheel, the GPS cyclometer uses its GPS coordinates to calculate speed and distance. This means that no setup is required: no magnet, no wires, no entering of wheel circumference into the computer.

Just like other GPS units, some bicycle GPS computers have a mapping function but not all do.

A standard GPS can be used as a bicycle cyclometer but there will be limitations. Cyclometers need to display speed (speedometer) and distance (odometer) clearly. Standard GPS displays are not optimized for this, often displaying this information in small hard-to-read numbers. The mapping feature for cyclists can also be different.

GPS cyclometers are versatile and easy to use:

More advanced GPS cyclometers have features such as:

A conventional cyclometer can cost as little as ten dollars, compared to hundreds of dollars for a basic GPS cyclometer.

Serious athletes can make good use of GPS features such as auto-lap and virtual racing. Casual cyclists may find the mapping function alone to be worth the extra cost. A few hundred dollars is a small price to pay for not getting lost.