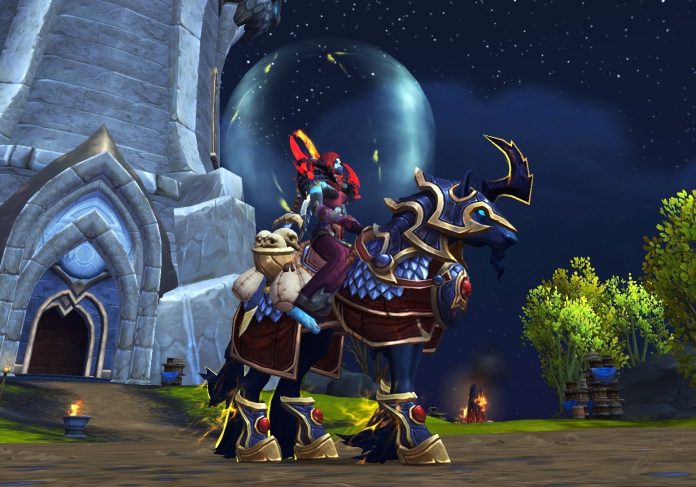 With the new content in Wrath of the Lich King, the stress of raiding or PVP at level 80 may be too much for some players to handle. Blizzard continues to release new content to push raiding and PVP further. In raids, new dungeon content is released to push guilds into progressing further while new arena seasons are introduced to put in new PVP honor and arena gear for players to grind. In short, the job of a level 80 World of Warcraft player never ends.

By creating an overpowered low level WoW character that dominates in PVP battleground, the player can become successful in World of Warcraft at the lower level PVP brackets without the time commitment required to be successful at level 80. There are minimal content updates at the lower levels, which eliminates the need to continually grind for more gear. Once the low level PVP character is fully geared, the only thing needed is gold for repairs, food, potions, and engineering items.

Choosing a Battlegroup and Realm

It is important to choose a good battlegroup and realm. Years ago, Blizzard instituted inter-realm battlegrounds by dividing groups of realms into battlegroups. It is wise to choose a realm and battlegroup that has a healthy number of PVP players for both factions, Alliance and Horde. If one side is too powerful or has low population, it will not be fun to PVP.

When choosing a realm, it is advantageous to pick a realm with a twink guild. They help new members with lower level PVP characters gear up by providing support during dungeon gear runs with their level 80 characters. They also play together in premades, which are groups of overpowered characters that play together, often with Vent to quickly communicate battle strategies via voice.

Once the level desired has been determined, it’s important to level quickly until about nine levels below the goal level. Use of a quest helper mod or a WoW leveling guide may be helpful in greatly speeding up the World of Warcraft powerleveling process.

Getting the Best Gear for Lower Level PVP in WoW

World of Warcraft players sometimes play with a twink, an overpowered lower level WoW PVP character that plays exclusively in lower level PVP brackets, instead of spending countless hours in level 80 end game PVP and PVE. After the initial powerleveling, the player needs to leave a buffer of experience points to acquire gear in dungeons and quests without the risk of going over the level cap for his PVP bracket. A nine level buffer is usually enough.

Getting the Best WoW Gear

Research the latest PVP gear at sites such as PWN Depot, Blizzard’s own PVP forum, and WoWwiki to find information on gear that is needed to become the best character possible. In most cases, the PVP gear that can be purchased with honor at the PVP vendor or with gold at the auction house is not the best gear possible. The best gear comes from dungeon runs and quest reward gear.

Dungeon runs and some quests should be done with the help of a level 80 friend to save time and minimize experience gain. During dungeon runs, it’s best for the lower level character to run into the first mobs to become a ghost.

The player should not release from the corpse. Then the level 80 character brings the boss back to the corpse, and downs the boss. As long as the ghost for the lower level character is near the area where the boss was downed, he can roll need on the drops. Doing dungeon runs as a ghost results in little to no experience gain.

If the lower level character is being supported by a level 80 main, there is Bind On Account (BOA) gear that can be used by all characters on the same realm. Despite the name “Bind On Account”, BOA gear cannot be transferred between realms even on the same account. BOA gear may be purchased with Stone Keeper’s Shard tokens or Emblem of Heroism tokens. Those tokens are earned from level 80 dungeons and raids.

Once all of the gear has been collected, the gear has to be enchanted in order to be competitive. Be aware that many enchants from the Burning Crusade (TBC) and Wrath of the Lich King (WOTLK) expansions are available only for gear with item levels 35 or higher, which limits restricts the amount of gear that can be used by level 29 characters.

Due to World of Warcraft patch 3.1, leg and head enchants of any kind are no longer effective until the character reaches level 50. This applies to previous characters with existing enchants on leg and head gear as well as new characters. Players reading about enchants need to disregard outdated information regarding enchants for head and leg gear.

Even after everything has been bought, WoW gold will always be needed to buy food, drinks, repairs, bandages, and engineering items. A level 80 main on the same realm would be very helpful in funding the needs of lower level characters. Due to the possibility of unwanted experience gain, low level characters should never be used to make gold.

Although creating a twink sounds like a lot of work, it is still less work than doing 10 weekly arena matches season after season along with many hours spent earning honor in five different battlegrounds. It’s also less work than the scheduled three weekly four hour raids as well. With lower level PVP, the player logs in at anytime without notice, and plays PVP for as little time as desired. The World of Warcraft player can actually have a life outside of WoW.