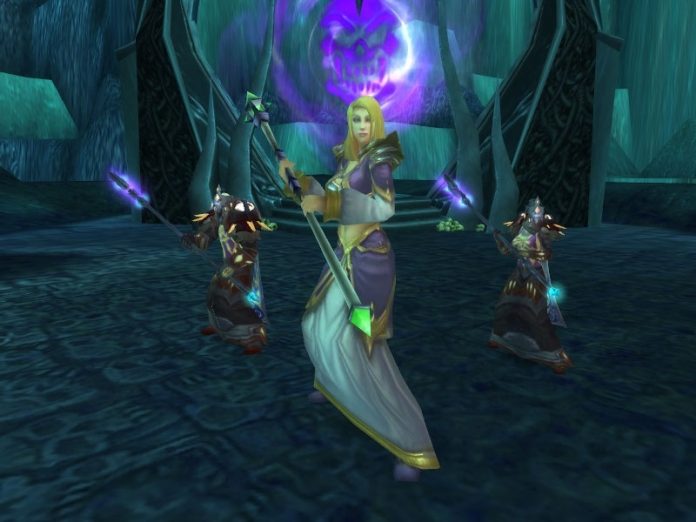 The Pit of Saron is a large rock quarry, accessible after completing Forge of Souls for the first time, and many players will recognize it as being the same quarry where they completed quests for the Ebon Blade not that long ago. While technically “outside”, a player’s party will still be in an instance for the duration of the dungeon and although allowed to ride land mounts, will not be able to fly.

The instance itself is on par in terms of time with something like the Nexus, requiring around half an hour to forty-five minutes to complete, depending on the skill and composition of the group. There are three bosses in Pit of Saron, each with their own interesting abilities.

The first boss in the game is a large ice giant named Garfrost, and he has two main abilities. The first is permafrost, which is an ice AoE that he emits in waves. It causes frost damage to all players and also causes them to gain a stacking debuff which increases their frost damage taken by 10%. With each application of this debuff, the frost damage taken increases, until it simply overwhlems the healers.

To combat this, players can hide behind large saronite boulders which Garfrost throws. There will be an emote indicting that he has thrown a huge boulder at a player, and a shadow will appear on the ground. As always in the Lich King dungeons, don’t stand in things, so don’t be there when the boulder comes down. Once it is down, it can be used as a hiding spot which will remove the debuff since the player will not be in line of sight with Garfrost any longer.

The tank does not have the luxury of removing their debuff until Garfrost runs to one of his forges, which he will do at 66% and 33%. He will knock down all players, stunning them, and run away. The tank then needs to hide behind a boulder, remove their debuff before he returns from his forge. He will also cast “deep freeze” on players when he is below 33%, slowing their movement and doing massive damage when it wears off. Healers need to be aware of this and keep the affected person up.

The Second Boss – Ick and Krick

The second boss is a constructed zombie named Ick controlled by a gnome riding in him named Krick. This boss has four abilities to worry about. The first is that he, like many zombies, drops pools of toxic waste. Don’t stand in them, as always.

The second is that Krick will randomly tell Ick to pursue one of the raid members other than the tank. The player being pursued will get a warning that it is them, and they need to run away. Ick’s damage will be increased by 100% in heroic, but his movement will be decreased by 50%. If the targeted player is caught, they will likely be killed. This lasts twelve seconds.

Third, Krick will periodically tell Ick to stand still and he will begin conjuring explosive mines at players locations. They show up as small pink domes on the ground and need to be moved away from. The radius of damage the mine will do is slightly larger than the graphic, so back up further than need be.

Lastly, Krick will tell Ick to poison the entire party with by using a “Poison Nova”. This has a 5 second cast time and everyone needs to be out of range when it hits or they will die. Period.

Combat with Tyrannus will begin after he has finished talking and jumped down from his mount, Rimefang. Rimefang will continue to hover in the air above the fight and will periodically breathe “Ice Blasts” into the battle. Getting hit by one will cause frost damage, and they will remain on the ground after hitting as patches of frost. This frost causes a 75% movement reduction and damage per second, so avoid it if possible.

As well, random players will receive the “Mark of Rimefang” and after 7 seconds Rimefang will shoot down “Hoarfrost”, which will show up as a small blue circle on the ground. If a player is caught in Hoarfrost when it arrives, they will take frost damage and be frozen for 5 seconds.

Tyrannus himself has three main abilities. The first is “Forceful Smash”, which is a powerful melee hit that will knock the tank back. After he does a forceful smash, he will typically cast “Unholy Power” which increases his damage by 100% for ten seconds. On normal mode, this increase is only 50% and he also receives a speed debuff. On heroic, there is no loss in speed. There are two ways to deal with the Unholy Power buff – one is for the tank to place an ice patch between themselves and the boss after the throws them back, causing the boss to slow as he moves across the patch and allowing him to be kited. The other option is for the tank to simply fight him through the Unholy Power but this will require a good healer, well-geared tank and likely a judicious use of cooldowns.

The last thing Tyrannus will do is cast “Overlord’s Brand” on a random player. This lasts 8 seconds and causes any damage done by the marked player to Tyrannus to damage the player as well, and if the marked player is a healer, any healing done to be amplified and mirrored on Tyrannus. Therefore, the player which receives the mark must immediately stop doing whatever they are doing, even if it is the healer. If the healer does receive the mark, cooldowns, a backup healer or a potion may need to be used.

If all three abilities are managed well, Tyrannus is an easy encounter.

After completing the Pit of Saron, the party can then access the Lich King’s private chambers: The Halls of Reflection. 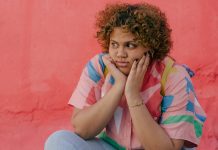 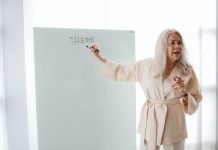 Tips and advice for teaching English in Asia 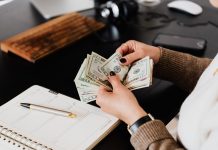 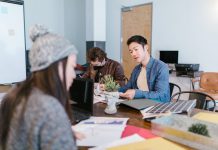 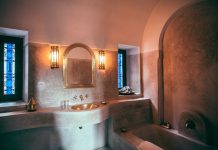 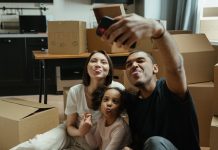 How to get good deal on new home

Microsoft Xbox One X : WORLD’S MOST POWERFUL CONSOLE TO BE...