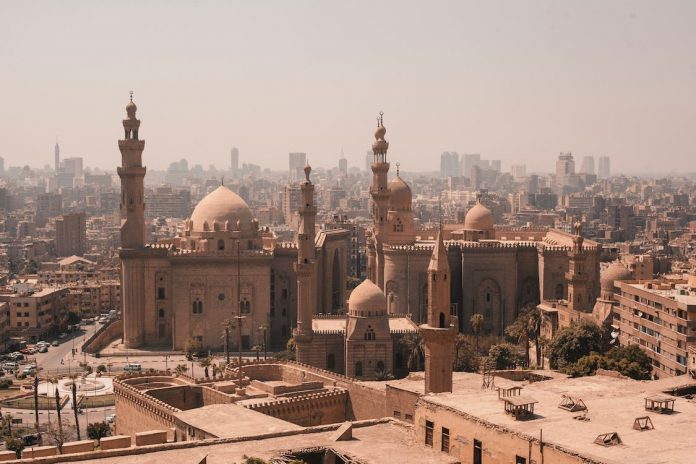 Travel books like Lonely Planet, Frommers, and Fodors have made travelling much easier by bypasses the need for tour agency reliance and extensive pre-trip research. The downside however, is that they cannot possibly include every single attraction that might interest the visitor.

When it comes to Cairo, Egypt, there are still many attractions that haven’t made it into these touristic encyclopedias. The following is a list of places that might interest visitors, as they provide insights into authentic Egyptian lifestyles within genuine historical contexts.

The Pyramid at Meidum

Tourists visiting Egypt often have the Pyramids at Giza at the top of their must see list. Some often express disappointment upon the realization that the Giza Pyramids are situated within a dense urban neighborhood (photographs only show the pyramids with the desert background, but little photographs are shown looking the other way at “Al Haram” district).

Many tourists prefer their trips to the Saqqara or Dahsur pyramids, located a few kilometers south of the Giza Pyramids, as their backdrops include less urban impact. Yet the herds of tourists, yelling tour guides, persistent panhandling, and the view of the Maadi nile towers in the distance still obstruct the sense of awe.

However, the trapezoidal step pyramid at Meidum is completely removed from urban infrastructure and is not included in many tourist packages. Located 100km south of Cairo proper, the pyramid is commonly thought to have been built for Huni, the last pharaoh of the Third Dynasty. In order to get there, tourists must arrange a special bus through their hotel or tour company.

The trip is well worth it though, as it’s surroundings seem frozen in time, giving the tourist a sense of how it might have been during the time it was built. The drive to it goes through the coarse Egyptian desert, so it’s first appearance through the thick fog of humidity serves as a pleasant surprise. Upon entering the actual site of the pyramid, the tourist is greeted by a serene backdrop of palm trees (not believed to have been around during ancient Egypt, as it is believed to have been imported by the Arabs), and a sliver of greenery along of the Nile’s off springing streams.

While many attractions of Islamic Cairo are included in the guide books – Al Azhar Mosque, Khan el Khalili, Wikalet al Ghuri…etc – the actual street linking most of these attractions with one another has received little attention until very recently. Cultural Minister Farouk Hosni underwent a restoration project for the actual street in his candidacy bid for the UNESCO director general position. Such a project allowed many local tourists (ie. Egyptian youth who never knew the street existed) to revisit their history.

However, the portion restored is only half of the over-a-millennium-old street. Jim Antoniou’s book Historic Cairo – A Walk Through the Islamic City maps, in thorough detail, the main thoroughfare of Islamic Cairo and all the significant historic buildings erected upon it or adjacent to it. Starting from Bab el Fetooh (the northern Fatamid gate into the city of Cairo), walking down el Mu’izz street down to Bab Zuwaila (the southern Fatamid gate of Cairo), and then wandering around the area known as Darb al Ahmar until reaching the citadel and the mosque of Sultan Hassan – the book lists over 90 attractions to visit along the way.

The walk alone takes the tourist about 40 minutes to complete – yet Antoniou advices 4-5 hours; allowing the tourist time to stop to visit the Arab courtyard houses (beit el seheeimi and beit zeinab khatoun as examples), the many marketplaces, and climb atop some of the minarets. This walking tour should be arranged with your local tour company – but beware, the tour company will push to see a few selected sites and not others (some of them just don’t appreciate their value or significance).

A gift to Cairo from the current Aga Khan (Aga Khan IV, Shah Karim al-Hussayni), and created by the Historic Cities Support Programme of the Aga Khan Trust for Culture (an entity of the Aga Khan Trust for Culture), this 30 hectares park opened in May of 2005. Listed as one of the world’s sixty great public spaces by Project for Public Spaces, the park is located right outside the sallah el din wall of Cairo (east of the historic city).

The park provides the tourist with ample green space (a valued commodity in Cairo); Islamic landscape features, including fountains, light fixtures, and uses of mashrabeya screens; performance, arts, and culture centers; and a number of restaurants, shisha bars, and cafeterias. An opportunity for foreigners to mingle with Egyptian local in a relaxed setting where both are treated as equally customers.

These neighborhoods of Cairo were built between the mid and late 19th century, and are all products of European urban models. These areas still have many century-old apartment buildings that highlight the majesty of all the Khedivate, Sultanate, and Monarchy (considered by many Egyptians to be the Golden Age of modern Cairo). These areas are among the few walkable neighborhoods of Cairo, providing many sidewalk cafes (shisha bars), museums and cultural facilities, performance centers, restaurants, and even bar / lounge areas.

But nevertheless, just walking through these neighborhoods is just as majestic as walking through the Islamic streets of Cairo. It may be of interest to the tourist to notice the different attitudes towards space making and street sequence between these neighborhoods and the earlier Islamic neighborhoods; and note how different attitudes of design are placed in the building facades. It is also worth noting how these two different parts of the capital are actually similar to one another – and tourists will grasp a deeper understanding of the history and culture of this jewel of a city.

Where to find the Best VPN Review